The last few days I somehow ended up delving into the free and pay what you want sections on rpgnow and drivethrurpg (what exactly is the difference between those two actually?). And there were some treasures to be found.

In which players play children having adventures in a world not unlike ours at the end of the 19th/beginning of the 20th century. 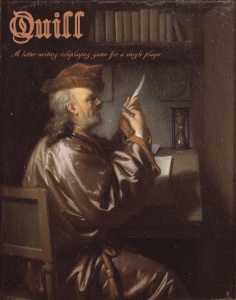 Quill: a letter-writing roleplaying game for a single player

This one takes the whole play-by-mail idea to the top. You aren’t even supposed to have another player, you are just supposed to write letters and see how well you do with them.

Created by Trollish Delver, 16 pages, multiple supplements, can be had for free (well, Pay What You Want) on drivethrurpg

Romance of the Perilous Land

And another one from Trollish Delver. This one is basically a stripped down OSR system, with the Britain as the setting of choice. Magic is rare, as are monsters. If you were looking for a low-fantasy/chivalric RPG…

52 pages, for free on drivethrurpg

Exactly what it says on the tin. A map of the crusader states circa 1135AD. And some additional color plates with the coats of arms of the states in question.

4 pages, but detailed map. Pay What You Want on drivethrurpg.

Roleplaying cthulhoid horror in the Australian penal colonies of the 18th century. As if dealing with cthulhoid monstrosities is not bad enough, you gotta deal with Australian wildlife as well…

98 gorgeous pages by Cthulhu Reborn, either as Pay What You Want, or as a softcover book, drivethrurpg.

Bonus: a fillable pdf character sheet for the setting, for CoC 7th ed.

I just found that Midkemia Press has free downloads of their modules “The Black Tower” and “Towns of the Outlands” available on their website (look at the bottom of the Products page to find them). Especially Towns of the Outlands I was wondering about for years. It’s a supplement with descriptions of six different fantasy towns/villages that can be dropped into pretty much every setting. Useful I think, very, very useful.

It was translated into German back in the 80s, and I think all the Midkemia references were replaced by Midgard ones, Midgard being the first German RPG and desperately in need for supplements.

I never saw the supplement itself, that was long before my time, but I saw ads in other old gaming material advertising it as the translation of “Towns of the Outlands”. And then there was “Die Rache des Frosthexers” (Revenge of the Ice Sorceror) where the author lifted the town of Oswestry directly from the pages of the supplement and used it as a setting in his adventure, just adding a new name and  two or three hooks for the campaign it was part of, but fully acknowledging it as being taken from that supplement. I don’t know why.

Updated: Obviously because I’m blind I wrote the name of the company wrong despite having had the cover in front of my eyes